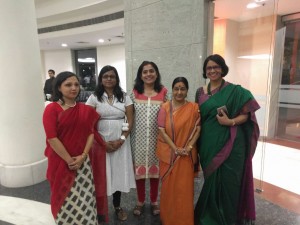 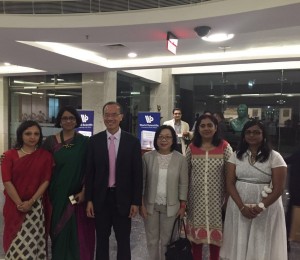 External Affairs Minister Sushma Swaraj launched Nalanda University Chancellor George Yeo’s book “George Yeo on Bonsai, Banyan and the Tao’, describing it as a “testament to the power of ideas”. The book launch function was held on 12 April 2016 at Jawaharlal Nehru Bhawan, which houses several Divisions of the Ministry of External Affairs.

The event saw a distinguished panel, comprising former Union Minister P Chidambaram, former Member of Parliament N K Singh, Trinamool Congress Member of Parliament Sugata Bose and Singapore High Commissioner to India Lim Thuan Kuan, sharing its views on Yeo’s book. Speaking at the event, Yeo said there was something in India that attracted him and family to this great nation all too much.  “Its culture, its people, its big heart,” he said.

The book, a World Scientific publication,  is a collection of 91 essays and lectures by Yeo (http://www.worldscientific.com/worldscibooks/10.1142/8859).