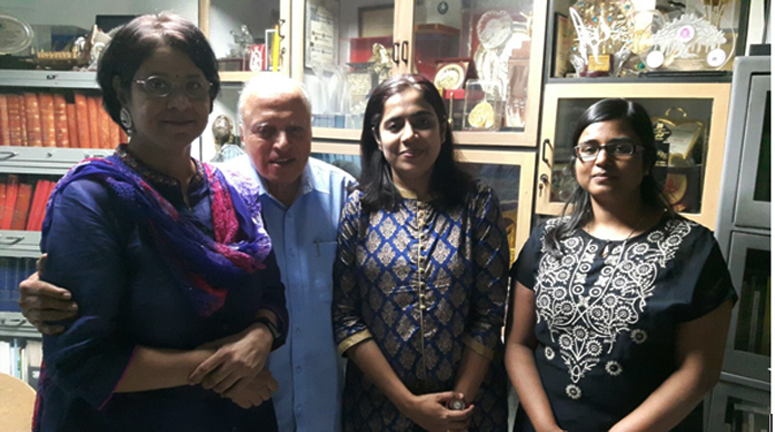 ACES team members visited Professor M.S. Swaminathan, renowned geneticist, celebrated as the Father of India’s Green Revolution, at M.S. Swaminathan Research Foundation Centre in Adyar, Chennai. The team handed over copies of his new book “In Search of Biohappiness” published by World Scientific and also sought his blessings for the New Year.

As always, Professor Swaminathan was extremely gracious and wished the team of many more successes in the New Year, stating, “It was a pleasure meeting the ACES team just prior to the New Year. You can all be proud of your contributions to the popularisation of science through well prepared and edited books. I wish you all continued professional success and personal happiness during 2016.” ACES eagerly looks forward to collaborating with Professor Swaminathan on his future projects.